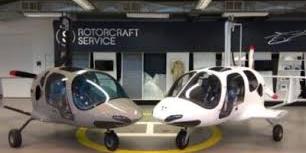 Poland’s Flyargo to set up gyrocopters’ plant in Moroccan Sahara

Poland’s Flyargo Company, which makes ultra-light aircrafts, will set up a plant in the Moroccan Sahara, an attractive region which offers investors huge business opportunities due to its political stability, untapped resources and position as a gateway for Africa.

The announcement was made by Flyargo CEO Krzysztof Majkowski following a meeting held lately in Warsaw with Moroccan ambassador to Poland Abderrahim Atmoun on this project.

The Polish company has decided to invest in the North African Kingdom due to its political stability under the leadership of King Mohammed VI and the facilities offered to investors, said Mr. Majkowski.

The Moroccan diplomat praised the trust placed by Flyargo in Morocco to carry out its international expansion project, saying the company has made the decision after several meetings held with managers and Polish economic operators.

This project is part of the sustained efforts made by the Kingdom to attract foreign investments to the Saharan region, back its socioeconomic development and create jobs for the local skilled workers.

Gyrocopter is less expensive than a helicopter. It is easy to pilot and maintain, requiring low operating & maintenance costs. It can be used for aerial monitoring, agricultural spraying, geotechnical control…