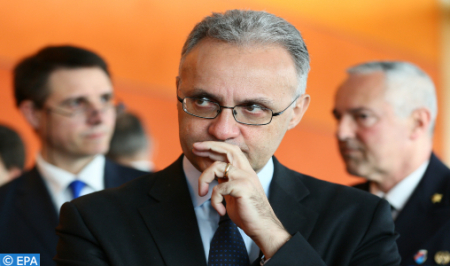 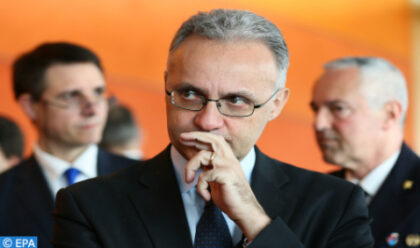 The Italian former Defense Minister, Mario Mauro has called on the European Union to be pragmatic in its Southern Neighborhood policy, starting from the Sahara, and to place security and counterterrorism at the center of its strategy in the region, insisting that if the EU is serious about becoming a player instead of being a playing field, it needs a plan.

“The EU will be reviewing its Southern Neighborhood strategy next year, but the region is changing much faster and everyone looks at the US for answers,” he wrote in an op-ed that was recently published by the European news website “Euractiv”.

According to Mauro, a promoter of the “Mare Nostrum” operation in the Mediterranean, the EU should take a pragmatic look at the Mediterranean and ensure it has a seat at the table, placing security and counterterrorism at the center of its thinking for the region.

The EU, which seemed powerless time and time again on Libya, Syria and other regional crises, was “also caught like a sitting duck” by the reestablishment of Israel-Morocco relations and the recognition by the United States of Morocco’s sovereignty over the Sahara, he noted.

The US Recognition of Moroccan claims over its Sahara could be seen as a wake-up call for Europe, he added, stressing the need for Europe, now that the waters have been stirred, to have a plan to match the profound changes taking place in the region.

The EU has consistently repeated for 40 years its support for the UN-led peace process in the Sahara, but this process has been stalled, he said.

“That legal impasse started ten years before 9/11. The region has since changed dramatically. The Sahel has become home to countless Islamic terrorist cells, active in the area between Mali, Mauritania, Algeria and Libya and tied to Al-Qaeda and the Islamic State,” Mauro observed.

In the midst of it, the Moroccan Sahara increasingly became a delicate region, surrounded by countries with the most youth and hit hardest by unemployment, right in the middle of the migration route from sub-Saharan Africa to Europe, he added.

In the meantime, the UN Security Council started admitting that a solution to the impasse must be based on realism, pragmatism and feasibility.

Referring to Morocco’s openness and its approach to moderate Islam, based on religious dialogue – including with Jewish communities – the former Defense Minister noted that recognition of Morocco’s sovereignty over its Sahara “may secure the last beacon of stability in the Maghreb, and one of the few in Africa, on which Europe can count.”

“What does Europe think about it? Strategically, it is not clear. Pragmatically, it could use a more moderate, institutional Islam to have a chance in the region, as well as a reliable partner to the south and as a bridge to the African continent – not only to manage migration but also to fight terrorism and counter radicalization,” he argued.

In Mauro’s opinion, if the EU is serious about becoming a player instead of being a playing field, it needs a plan. It can only be true for a country that is 14 km from its borders.

The EU should not be blinded by ideology either and “should consider real, concrete security and stability aspects when applying its values,” he concluded.