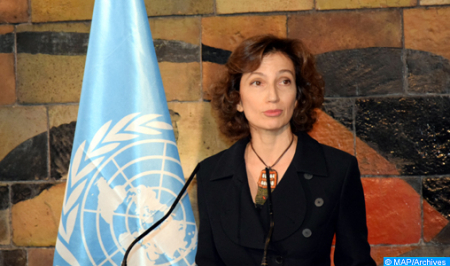 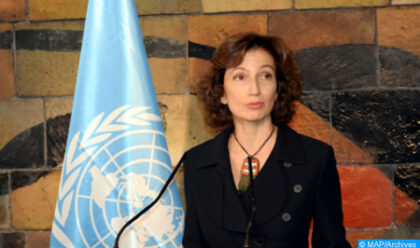 Morocco has officially announced on Wednesday its support for the candidacy of Audrey Azoulay for a second term at the helm of the UN Educational, Scientific and Cultural Organization.

This support was announced at the opening of the 210th Session of the UNESCO Executive Board (Dec.2-Jan.27) by the Permanent Representative of the Kingdom to UNESCO, who hailed on the occasion Mrs Azoulay’s reforming action.

The consecration of UNESCO’s role requires “in these times of uncertainty” strong support for its leadership and authority on the strategic projects initiated by Ms. Audrey Azoulay” and which cover the full spectrum of the organization’s mandate, the diplomat said.

This requires the mobilization of the necessary and essential financial and human resources to enable UNESCO to implement its strategies and multi-sectoral programs, he added.

Audrey Azoulay, who is daughter of André Azoulay, Advisor to King Mohammed VI, took over the leadership of the UN’s culture organization in November 2017.

Audrey Azoulay, a former French culture minister, had then vowed to “overcome political divisions for the sake solely of UNESCO’s essential missions.”

The 210th session of the UNESCO Executive Board is held in two parts: the first part is held in virtual format through December, while the second part should be held in person as of early January if health conditions allow it.

Besides “Priority Africa”, education and the impact of the coronavirus pandemic, gender issues, cultural heritage preservation, adapting to the evolution of artificial intelligence and open science are among the main topics of this session.