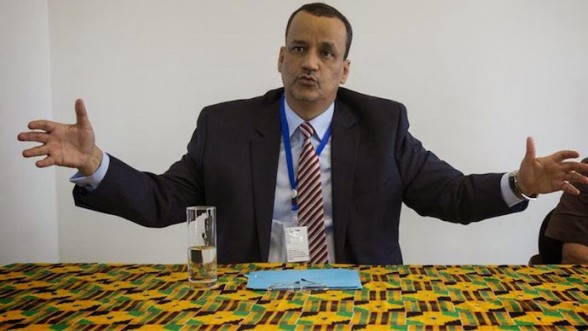 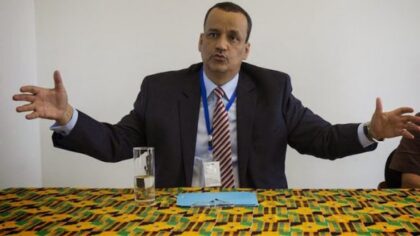 Mauritania has for the first time officially reacted Wednesday to the Polisario’s provocative acts at Guerguarat crossing point as these acts obstruct the traffic of trucks carrying Moroccan produce to Mauritania and beyond to other African countries.

The spokesperson for the Mauritanian government, Sidi Ould Salem, affirmed, at the end of the Council of Ministers held Wednesday November 11 in Nouakchott under the presidency of the Head of State Mohamed Ould Cheikh El Ghazouani, that Mauritanian diplomacy is currently active in order “to find, the soonest possible, a solution to the crisis prevailing at Guerguarat crossing point”.

The “Guerguarat crisis concerns a demilitarized zone that is under United Nations control, although it is the subject of longstanding litigation,” the spokesman said, adding that: “we are not involved in this dispute, but we are primarily concerned, as neighbors of the various parties, by this crisis” which is raging at the northern borders of Mauritania.

The Algeria-backed separatist front has stationed about 100 militiamen who hide weapons in tents and who obstruct the traffic of trucks carrying Moroccan produce to Mauritania and beyond to other African countries.

This crisis created disruptions in the supply of Mauritanian markets, which largely depend on imports from neighboring Morocco, the spokesman said.

This first official reaction of the Mauritanian government since the outbreak of the Guerguarat crisis, following the obstruction of this area by the Polisario, came after the Mauritanian Foreign Minister Ismail Ould Cheilh Ahmed briefed the Council of Ministers on the developments in the area.

According to the Mauritanian Information Agency (AMI), the Mauritanian top diplomat had, before the Ministers’ Council on Wednesday, a telephone call with the UN Secretary General Antonio Guterres. “The talks focused on the conflict situation” in the buffer zone adjacent to Guerguarat, a situation that both sides described as serious, worrying and could escalate at any time, AMI said.

The Foreign Minister who “told the UN secretary general that Nouakchott has been carrying out good offices for a few days,” urged Antonio Guterres to act quickly in order to resolve this crisis, “as soon as possible, given the pioneering role of the United Nations” in this area, added the news agency.

Guterres said he too had initiated contacts “for two days and expressed concern over the gravity of the situation on the ground,” said AMI, adding that “the two sides have agreed to maintain contacts and exchange of information” on the evolution of the situation in Guerguarat.

Some analysts do not exclude Mauritania’s withdrawal of its recognition of the Polisario in response to these provocations, and put thus pressure on Algeria and force it to order the militias to withdraw from Guerguarat, “the soonest possible” as put by the Mauritanian Government spokesperson.