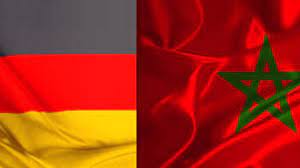 Morocco has been clear and accurate in spelling out its disagreements with Berlin, while German authorities keep waffling and playing deaf & dumb.

Prior to recalling its ambassador to Germany this weekend, the North African Kingdom had first suspended contacts in March with German embassy in Rabat. So, it is not a rushed but a well-thought diplomatic move.

One of the three major issues raised by Moroccan authorities is the “hostile actions” made by Germany following American recognition of Moroccan Sovereignty over the entire Western Sahara territory, making reference to the UN Security Council meeting convened on the Sahara at the request of Germany.

The other bones of contention are the exclusion of Rabat from Berlin’s conference on Libya though it is a major facilitator of the inter-Libyan talks, and the “complicit complacency” shown towards an ex-Moroccan terror convict living in Duisburg, western Germany.

So far, the German authorities have failed to address these three issues. They have voiced astonishment, saying “the allegations are baseless”. But the evidence and the smoking gun of their culpability can be seen throughout their international political actions and smear campaign spearheaded by public TV channel Deutsche Welle (DW).

Many wonder why Germany is taking an adverse stand and who is pushing Berlin to a breaking point in its relations with Rabat?

According to some analysts, the German decision-makers are simply exerting pressure on the Kingdom to get “a slice of the economic pie” which is growing rapidly and becoming more & more appetizing for foreign investors.

The German companies pin high hopes to gain some big-money contracts in thriving sectors such as renewable energies and high-speed rail. After losing some of the bids, the German companies have complained about “unfair competition”, saying Moroccan tenders were tailored to French businesses.

But Rabat rejects these allegations, affirming it respects the laws and regulations governing fair trading, open and transparent competition between bidders.

According to experts, economic blackmail is counter-productive and often backfires as fair-play in business is the foundation stone of an open and free market economy.

Morocco offers huge business opportunities at home and in Africa, one of the fastest growing markets, wherein tripartite cooperation with German companies can thrive and expand.

So, there is no need to play it low or choose the path of confrontation. It is time to stand shoulder to shoulder as the global business community is preparing post covid-19 recovery. History shows that markets and society not only recover after a crisis, but come back stronger together.