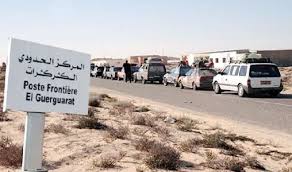 The French Minister, who is on a working visit to Rabat, commended Morocco’s sense of responsibility and reiterated his country’s position in support of Morocco’s autonomy initiative as a “serious and credible” basis for a political solution.

France has a “consistent” position in support of a “fair, lasting and mutually acceptable” solution under the aegis of the UN, he said after talks with his Moroccan peer Nasser Bourita.

The two ministers who exchanged views on a set of regional and international issues expressed a convergence of standpoints regarding the need to maintain peace and stability in Mali and the Sahel, underlining the importance that transition continues in Mali in accordance with the commitments that have been made.

In this respect, the French minister commended Morocco’s role and “significant contribution” in facilitating the Libyan political dialogue in Bouznika.

France vows to work with Morocco to strengthen this positive dynamic, he said, while insisting on the need to put an end to foreign interference in this country.