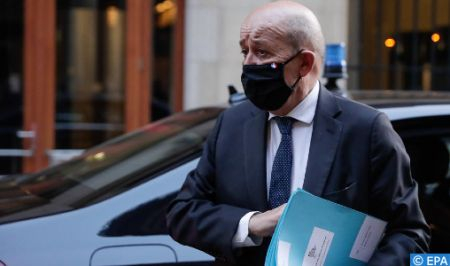 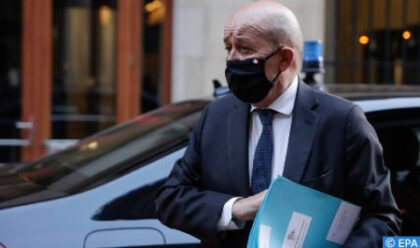 French Minister for Europe and Foreign Affairs, Jean Yves Le Drian, is expected in Morocco this Sunday for talks with Moroccan official on bilateral cooperation, illegal immigration, and counterterrorism.

Talks with his Moroccan peer, Nasser Bourita, will focus on the strengthening of bilateral cooperation, including in the fight against illegal immigration and regional and international issues, said spokeswoman for the French Foreign Ministry.

The situation in the Maghreb and the latest developments of the Libyan crisis will also be reviewed at the French-Moroccan talks.

As the visit is taking place following the latest terror attacks in France, talks will also focus on cooperation in counterterrorism.

In this connection, Le Drian will visit the Mohammed VI Institute for the Training of Imams, Morchidines and Morchidates in Rabat, created in 2015 by King Mohammed VI, to promote the spread of moderate Islam.

According to the spokeswoman, the French Foreign Minister will continue “the work of explanation and appeasement” initiated by President Emmanuel Macron.

The French official will also sign an agreement under which the French Development Agency will support the Mohammed VI Museum of Modern and Contemporary Art.

Le Drian will hold from Descartes High School in Rabat a video-conference with the principals of the 44 French schools in Morocco, which form the second largest French educational network in the world with 44,000 students, the spokeswoman said.