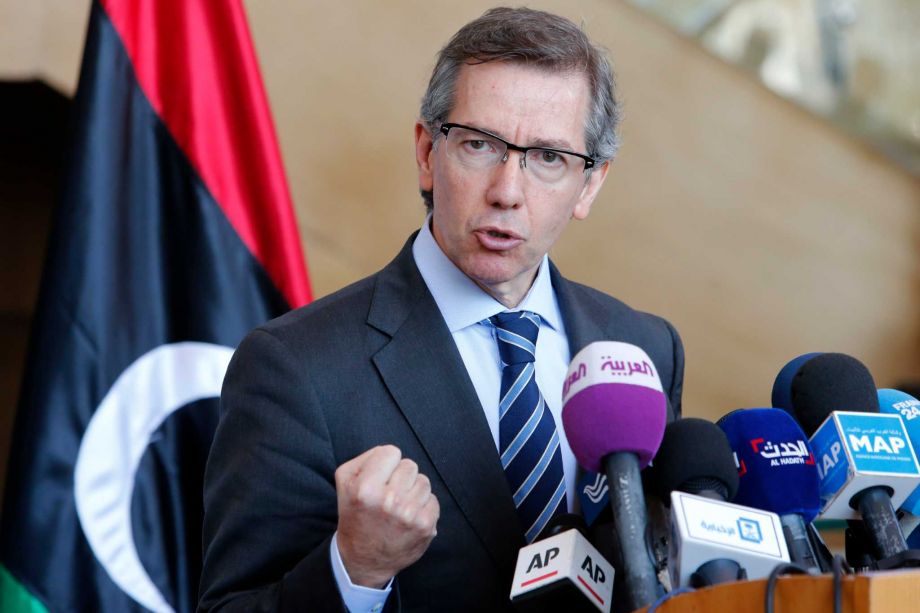 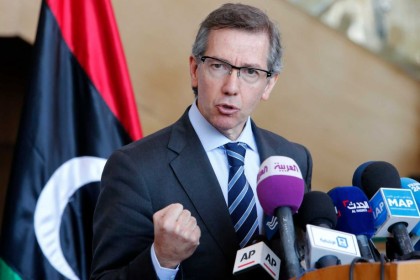 The new peace plan proposed by Bernardino León has been rejected by the Tobruk based government citing that it was drafted to satisfy Tripoli’s demand. Talks for a final deal began in Morocco but didn’t last long because the revised draft was strongly criticized. A Tobruk delegation has headed to Germany to discuss with European and North African officials a U.N. proposal to form a unity government.

U.N wants the two rival governments to agree on a transitional unity government but cooperation between them has not been forthcoming. The new draft at the Moroccan talks proposed that the Tobruk parliament will continue to serve as the country’s parliament and the one in Tripoli will be dissolved but 90 of its members would be part of the to-be formed 120-member ‘High Council of State’ that will serve as the “highest consultative body” with its opinions binding when laws and government decisions are being drafted.

Commenting on the newly proposed draft, spokesman for the internationally recognized parliament’s negotiators Essa Abdel-Kauoum said “Leon brought us to square one” because he “succumbed to extortion” and chose “to appease an ideological group in a horrible way.”

The talks in Morocco have been halted after Tobruk decided to suspend its participation but the deputy speaker of its parliament Emhemed Shoaib said he is part of a delegation in Berlin that will continue the UN-led talks for a solution to the Libyan war.

Meanwhile, ISIS has been gaining grounds in the country after declaring a war against the Tripoli government. It its latest publications on social media, it claimed that it seized a power plant near Sirte on Tuesday after a fierce battle and the city is now under its control.