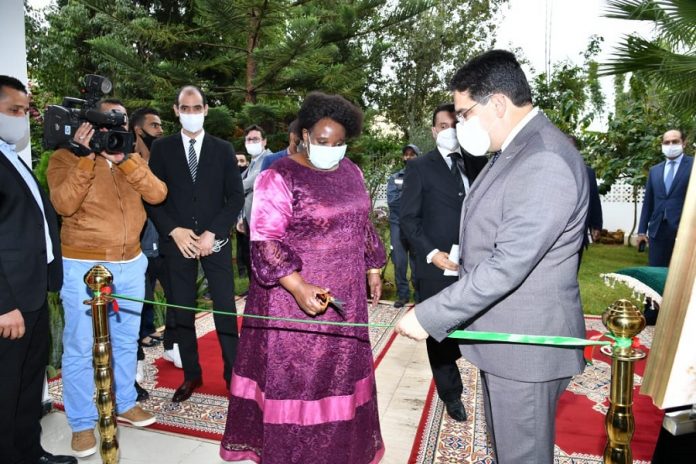 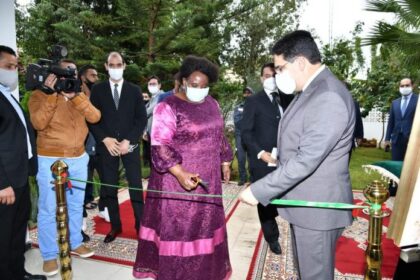 Morocco has ushered a policy based on win-win partnerships and solidarity that was bolstered after its glorious return to the African Union in late 2017 and is now reaping the benefits with a growing support for its territorial integrity and sovereignty over the Sahara region.

Zambia and Eswatini, a day after inaugurating embassies to Rabat, opened consulates in Laayoune, in a move that highlights the success of Morocco’s diplomacy under the leadership of Mohammed VI, gaining more friends and more support for its national cause.

Thanks to the King’s wise leadership, 15 countries now have a diplomatic representation in the Sahara, said Morocco’s foreign minister Nasser Bourita speaking at a press conference following the opening of the Eswatini consulate in Laayoune.

This royal vision has made Morocco “a credible partner, with a strong presence within the African Union and African institutions as a whole,” he said.

Morocco within a short time span managed to extend its network of friends and allies in Africa beyond its immediate African Sahel neighborhood. With Zambia, Eswatini and Malawi, to cite but a few, Morocco is making breakthroughs in southern Africa.

The Minister recalled in this respect, the visit of King Mohammed VI to Zambia in February 2017, which marked a “turning point” in historical bilateral relations.

As more countries bring their support for Morocco’s sovereignty over the Sahara to a tangible consular level, Bourita said this momentum evidences that the Sahara is Moroccan “by law, by history, by the will of its population and by the growing support of the international community and the friends of Morocco”.

He also drew a contrast between the abject living conditions imposed on the Sahrawis held against their will in the Polisario-run Tindouf camps and the dignified life experienced by their brothers in the southern provinces where Morocco has undertaken a steady development effort.

The inhabitants of the region manage their own affairs in a democratic manner, which reinforces the legitimacy and the soundness of the issue of the Kingdom’s territorial integrity, said Bourita, noting that the United Nations recognizes the role of elected representatives of the southern provinces as legitimate interlocutors and representatives of the population.

He recalled that the Republic of Zambia and the Kingdom of Eswatini have benefited from the medical aid provided by Morocco, upon the instructions of the King, in order to help a number of African countries in the fight against Covid-19, highlighting the importance of this “royal gesture of solidarity” in strengthening African cooperation.

And few hours after this news conference, an outstanding announcement was made by the Royal Office: The UAE will open a consulate in Laayoune.

“The UAE will open a consulate in Laayoune, in a move that signals strong ties of brotherliness and firm support for Morocco’s territorial integrity,” the Royal Office said in a statement.

“During this call, HH the Crown Prince of the UAE informed HM the King of his country’s decision to open a Consulate General in the city of Laâyoune, in the southern provinces of the Kingdom,” the Royal Office said.

The Gulf country becomes thus the first Arab country to envisage opening a diplomatic mission in the Moroccan Sahara.

The move is a blow to Algeria, which opposes its neighbor’s sovereignty over the territory, and to its puppet Polisario front.