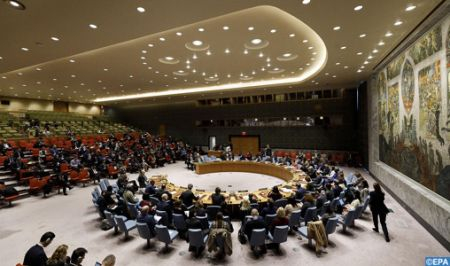 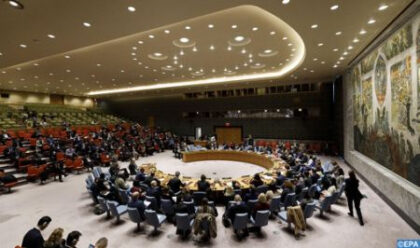 Several members of the UN Security Council on Tuesday welcomed the inter-Libyan dialogue held in Bouznika and its outcome, considering it a “positive step” towards the rapid resumption of the political process and a way out of the crisis in Libya.

“The outcome of the mediation talks held in Switzerland and Morocco are positive steps towards the early resumption of the Libyan political process,” said five current and incoming European members of the Security Council, namely Belgium, Estonia, France, Germany and Ireland.

In a joint statement read out during a press conference at UN headquarters following the adoption of resolution 2542, which provides for the appointment “without delay” of a new UN special envoy to Libya, the five European members emphasized the importance of non-interference in Libyan affairs. They insisted that there is “no military solution to the Libyan conflict” and that the way out of the crisis can only be “political, in a spirit of inclusion, under the auspices of the United Nations.”

Other member countries of the Security Council also lauded the Bouznika Libyan dialogue and the agreements reached by the participating parties.

“We welcome the recent inter-Libyan dialogue hosted by the Kingdom of Morocco in Bouznika and the talks in Montreux, Switzerland, which could bring the various parties closer to a Libyan-led process that will hopefully result in a lasting peace in Libya,” said South African ambassador to the UN in his explanation of the vote on resolution 2542.

For his part, the Indonesian ambassador expressed his country’s appreciation for “international efforts” in favor of Libya, “including the facilitation of inter-Libyan dialogue by the Kingdom of Morocco”.

Vietnam also commended the holding in Morocco of this dialogue which brought together delegations from the Tobruk Parliament and the Libyan High Council of State.

The delegations of the Libyan High Council of State and the Tobruk Parliament held meeting in Bouznika sept.6 to 10 aimed to preserve the August 20 ceasefire and help the two parties take the first steps towards a resolution to the crisis.

At the end of their talks in Bouznika Sept. 6- 10, the two Libyan sides issued a joint statement describing the success of the dialogue and thanking Morocco and King Mohammed VI for the initiative. They stressed that Morocco’s assistance will help them overcome the crisis and work towards meeting the Libyan people’s hopes for a peaceful, secure, and stable democracy.

The two parties agreed to further their dialogue at meetings during the last week of this month in order to complete the necessary measures to ensure the enforcement of the Bouznika agreement.