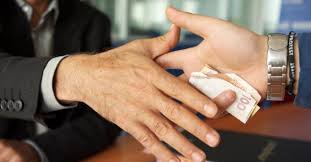 It is hard to exactly calculate the impact of corruption on the Moroccan economy which Finance Minister Mohamed Benchaaboun said it rips the country of 2 to 7% of GDP annually.

Briefing MPs on a law on the national body for integrity and the fight against corruption, the Minister said that a law will be submitted for Parliament approval and that it provides for measures to prevent conflicts of interest.

The Minister said the law identifies conflicts of interests, adding that the law will ban for example a President of a bank who trades in stocks because his position gives him access to information.

The crackdown on corrupt officials has also helped the country jump in the Doing Business index to the 53rd place in 2019 among 190 countries.

The country has launched an anti-corruption strategy to eradicate all sorts of bribery, strengthen trust in institutions and improve business climate.