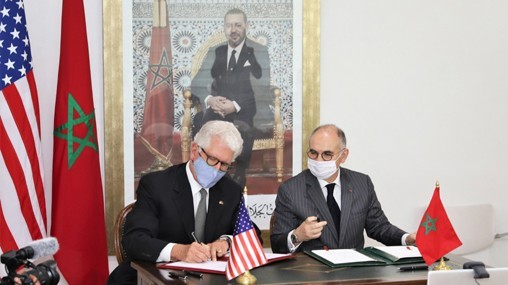 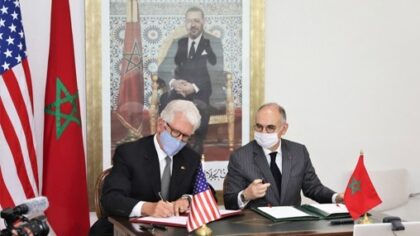 Morocco and the United States signed a bilateral Enhanced Immunities Agreement, a move that further highlights the close Moroccan-American ties.

The deal was sealed during a video teleconference co-chaired by foreign minister Nasser Bourita and Secretary of State Michael Pompeo.

The provisions of this agreement, initialed by US ambassador in Rabat, David Fischer, and Director of Protocol at the Foreign Ministry Anas Khales, state that each party shall grant the consular officials of the other party, and their families, the privileges and immunities provided for in Articles 29 to 36 of the Vienna Convention on Diplomatic Relations.

Through this agreement “we have shown the high level of trust between our two countries,” said Bourita.

The agreement will further facilitate the mission of consular services of the two countries and shows the willingness of Rabat and Washington to “update” international diplomatic law.

Bourita also emphasized the enduring character of the US-Moroccan ties, which have been further strengthened under the leadership of King Mohammed VI.

The longest unbroken treaty in the US history was signed with Morocco in 1777, when the North African Kingdom became the first country in the world to officially recognize the fledging American nation. In 1786, Morocco and the US established diplomatic ties. The values of “peace and friendship remain at the core of our relationship,” Bourita stressed.

“Morocco and the United States have always stood together on the right side of history, be it during the major events that marked the 20th century or in supporting the noble values of peace and coexistence,” the Moroccan FM added, highlighting the steady growth in economic ties since the signing in 2006 of a bilateral Free Trade Agreement.

Defense and security is also an area where Morocco and the US closely coordinate, with Bourita describing the cooperation as “a beacon of excellence.”

At the level of counterterrorism cooperation, Morocco takes part in the US-led Strategic dialogue and in joint military training exercises, the Foreign Minister recalled.