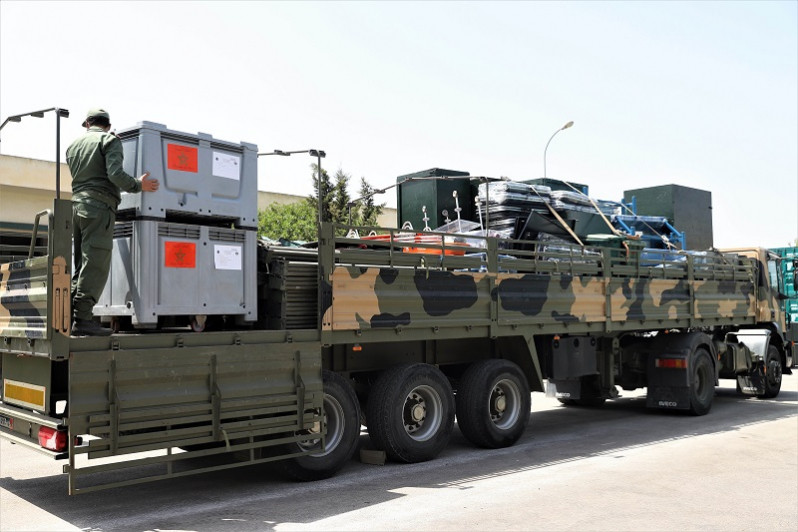 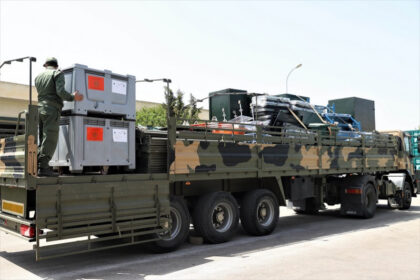 Six Moroccan aircrafts carrying vital humanitarian aid have arrived in Beirut, which was devastated by a blast that submerged Beirut in debris.

The aid was sent upon orders from King Mohammed VI who also instructed the setting up of a field hospital to treat blast stricken population of the city where hundreds lost their lives and scores were injured as rescue services struggle to pull survivors from debris.

The humanitarian aid also includes vital emergency medicine, foodstuff, canned food, grains, powder milk…, etc. It also comprises tents and blankets to shelter the stricken population of the city where at least 300,000 are forced to leave their homes.

The massive explosion at a port warehouse loaded with 2,750 metric tons of ammonium nitrate killed at least 137 people and injured thousands. Lebanese authorities arrested port and customs officials and launched an investigation into the devastating blast.

The World Health Organization (WHO) is appealing for $15mn to cover emergency health needs in Lebanon following the Beirut port explosion, while French president announced that a donor conference will be held shortly.

Beirut’s blast destroyed Lebanon’s only port-based grains silo, with plans for another in the country’s second largest port Tripoli shelved years ago due to a lack of funding, the UN’s Food and Agriculture Organization (FAO) representative in Lebanon said.