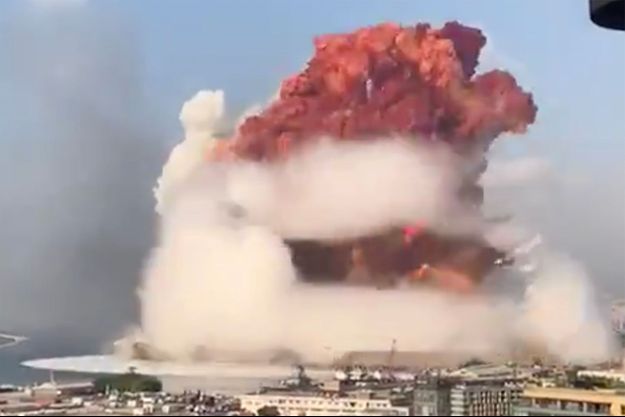 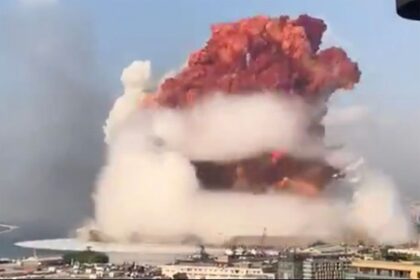 In a message sent to Mr. Aoun, the Moroccan Sovereign expressed his deepest condolences and sincere feelings of compassion to the Lebanese Head of State, the bereaved families and the brotherly Lebanese people.

The Monarch also voiced Morocco’s solidarity with Lebanon at this difficult time, affirming that the North African Kingdom stands steadfastly by the brotherly Lebanese people.

In his condolence and compassion massage, the King implored the Almighty to preserve Lebanon from any misfortune and to ensure its security and stability.

A Moroccan woman working for the UN in Beirut was wounded in the explosion. She is receiving necessary medical care for her foot fractures in a hospital, said the Moroccan embassy in Lebanon.

According to some news reports and footage, the Beirut office of Moroccan flag-carrier Royal Air Maroc was seriously damaged during the explosion but there were no casualities.

According to Lebanon’s Prime Minister Hassan Diab, a warehouse, which had been the subject of warnings issued by the authorities since 2014, was the source of the blast. He described it as catastrophe and said those responsible will be held accountable.

President Michel Aoun called for an emergency meeting of the Supreme Defense Council and declared Wednesday a day of mourning.

The blasts come at a time the country is facing unprecedented economic crisis and political turmoil, with street demonstrations against the government’s handling of the worst economic crisis since the 1975-1990 civil war.