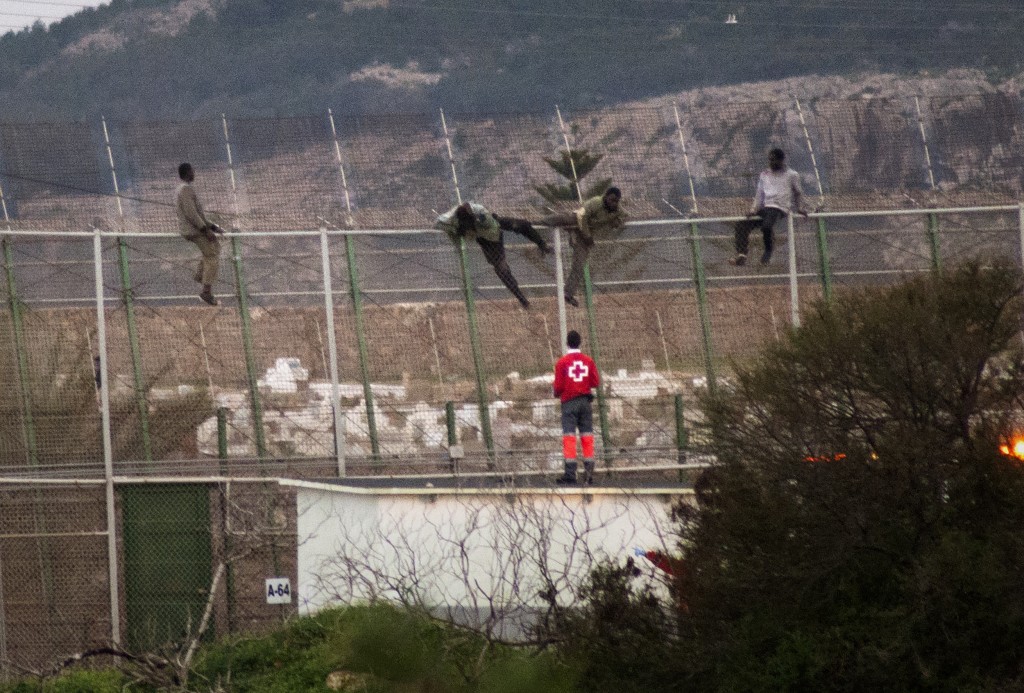 Hordes of African Migrants Broke into Spanish Enclave of Melilla 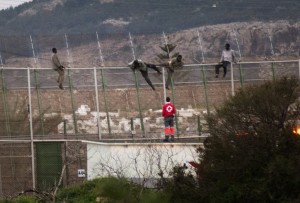 More than 200 sub-Saharan migrants on Friday stormed the Spanish enclave Melilla, at a crossing point on the Spain-Morocco border. They scaled the triple 20-foot fence surrounding Spain’s North African enclave in another mass crossing of the heavily protected border, the Spanish government said. The migrants, many of whom were reportedly from Cameroon, Guinea and other African countries, sang triumphantly and cried with joy after climbing over the fences, and kissed the ground as they made their way to the Melilla migrant reception centre. This is said to be one of the biggest migrant surges into Melilla in recent years.
It was only some three weeks ago that the European Union asked Spain to explain why police had fired rubber bullets in warning when a group of African migrants tried to enter Ceuta by swimming into this other Spanish enclave in North Africa. Fourteen men were reported to ohave died in the February 6 incident when the shots caused panic among the desperate migrants. However, according to the Spanish government’s statement, the migrants had thrown rocks, sticks and bottles at police to keep them at bay while they crossed. In response to the EU’s criticism, Deputy Prime Minister, Soraya Saenz de Santamaria, defended the actions of Spanish security forces, stressing that “there must be an understanding of how difficult it is to manage these borders.” She also emphasized that Spain was securing its frontiers on behalf of all of Europe, noting that organized mass border crossings into Ceuta and Melilla are staged by groups that profit on human trafficking.
Since immigrants from sub-Saharan Africa usually enter Melilla and Ceuta without proper identification papers, they are then housed in overcrowded processing centers in the territories while Spanish authorities are trying to establish their identities so that they could be sent back to countries with which Madrid has repatriation agreements. Scores of hopeful immigrants camp out, some of them for many months, in the Moroccan territory just outside the fences separating the North African country from both Spanish enclaves, getting ready to attempt to scale the fences or to swim along the coast. Though Spain has recently built new, higher fences, lined with razor wire, around the enclaves, several thousand immigrants still manage to make the crossing every year. It was not reported whether the latest migrants would be forcibly removed from the reception center or be allowed to stay.