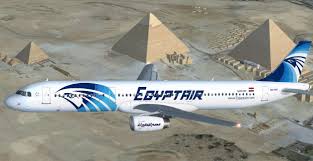 Egypt’s national carrier, EgyptAirn is set to resume regular international flights early July as airports around the world begin to open up amid covid-19 pandemic.

The airliner will fly to 24 destinations in the first week and will service more destinations later, Reuters reports.

The destinations includes Europe (13), Africa (3), Middle East (4), North America (3) and China (1). The airline will also resume internal flights to the tourist hotspots of Sharm El Sheikh and Hurghada along the Red Sea and Luxor and Aswan along the Nile River.

The carrier will first operate at 20-30% capacity and at 50% by the end of the year according to a statement from the chairman of the state holding company that owns the airline.

Egypt like many countries around the world suspended all commercial flights as part of measures to curb the spread of the pandemic.

Egypt became in February the first African country to report cases of the virus.
The resumption comes as majority of airports globally re-open for international flights.