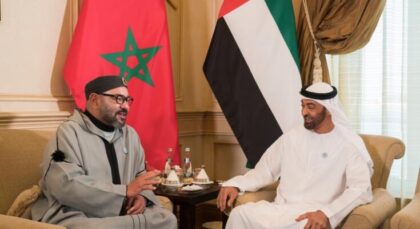 A statement by the Royal Office said Sheikh Mohammed expressed to the Monarch hopes for a speedy recovery and wishes of good health.

Abu Dhabi Crown Prince tweeted about his phone call with King Mohammed VI saying he congratulated the monarch on the success of his surgery.

“I also conveyed to him greetings from the President of the state,” he said.

King Mohammed VI underwent heart surgery on June 14 at the clinic of the Royal Palace in Rabat after he presented a recurrence of a heart rhythm disorder, atrial flutter, on a healthy heart.

The King’s team of physicians said that the surgery was successful.

King Mohammed VI has since received several calls from Arab and African leaders who wished him a speedy recovery.