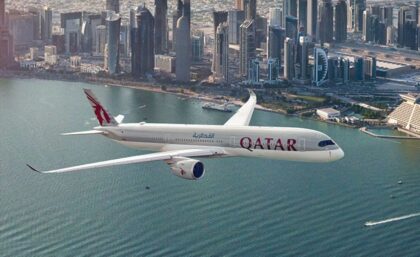 The US has ramped up pressure on Saudi Arabia and the United Arab Emirates to end the three-year old diplomatic feud with Qatar on grounds that the crisis generates revenues for embargo-hit Iran.

The Trump administration is taking a new tack in trying to resolve a three-year-old Gulf crisis by pressing Saudi Arabia and the United Arab Emirates to halt their bans on Qatari airlines flying over their countries, the Wall Street Journal (WSJ) reported, quoting US and Gulf officials.

The kingdom, UAE, Bahrain and Egypt in June 2017 severed ties with the gas-rich country over allegations that it supports terrorism. Doha has denied charges and instead accused the quartet of a smear campaign.

Repeated attempts to end the feud that improved relations between Qatar and Iran, Washington’s regional foe, have broken down. And the latest effort faces strong resistance from Saudi Arabia, frustrating US hopes of resolving a rift that has complicated its efforts to contain Iran, the WSJ stated.

Washington, WSJ noted, argues that the blockade benefits Iran as flights in-and-out of Doha have to fly through Iranian airspace, because of the air restrictions impose on Qatar by its neighbors.

Iran, under US sanctions, receives overfly fees from Qatar Airways to the regrets of the US authorities.

“There is a greater sense of urgency to resolve the airspace issue,” one US official told the WSJ.
“It’s an ongoing irritation for us that money goes into Iran’s coffers due to Qatar Airways overflights.”

The US has sought to dry up Iran’s revenue sources after President Trump ripped off the 2015 nuclear deal signed between Iran and world powers.