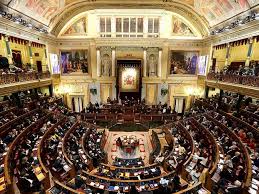 The Spanish Congress of Deputies (lower house of Parliament) has voiced its support for a “just, lasting and mutually acceptable solution” to the Sahara regional conflict.

In a motion unanimously adopted on Tuesday, the Spanish MPs call on the government to continue to back the UN-led dialogue process engaged with the parties to the conflict for a “just, enduring and mutually acceptable solution” to the Sahara issue.

For the Spanish political parties, the solution to the Sahara needs to be achieved within the frame of the UN and its relevant resolutions.

Such a stand will certainly exacerbate the anger of Algerian rulers and chief of the polisario Brahim Ghali who was counting on the support of populist Nacho Álvarez of the far-left Podemos party.

But, Mr. Álvarez, who is also Spain’s Secretary of State for Social Rights, was rebuked last weekend by Spanish foreign ministry for posting a tweet on his meeting with the so-called “minister of social affairs” of the Polisario.

After the strong reaction of Spanish Govt, Mr. Álvarez removed his supportive tweet for the Polisario, dealing a hard blow to the secessionists. They were also crushed when Spanish foreign minister Arancha Gonzalez said that Madrid “does not recognize the SADR” and that its stand on the Sahara remains unchanged because “it is a State policy”.