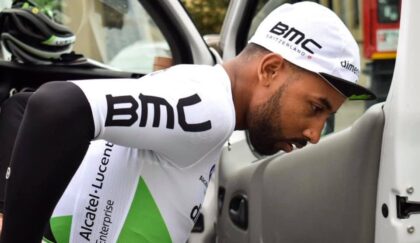 Cyclist Mehdi Choukri who made history after becoming the first Moroccan sportsman to join an Israeli team has made a U-turn and instead moved to French cycling team of AC Bisontine, Be-Celt reports.

The 23-year Swiss-born athlete has resigned from the Israeli Cycling Academy because of family issues, the online media says.

The former member of the Italian Dimension Data Qhubeka team chocked the kingdom of Morocco for signing the Israeli team.

Morocco, a strong supporter of the Palestinian cause, rejects any type of normalization with Tel Aviv and like most Arab countries has no diplomatic relations with Israel.

AC Bisontine, located in Besançon, near the border with Switzerland, races in the French top cycling league, DN1, and boasts a team made of French citizens and expats.