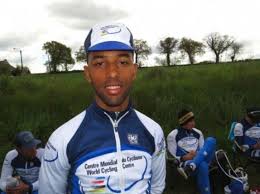 Moroccan cyclist Mehdi Choukri has broken the taboo as he has become the first Moroccan sportsman to sign with an Israeli team.

The 23-year old athlete has joined the Israeli Cyclists Academy, one of Israeli international cycling teams.

Choukri is touted as one of the best cyclists of his generation. The former Dimension Data for Qhubeka (Italy) cyclist joins 15 other team members among whom a Columbian, a Canadian and an Eritrean.

Head of the Israeli team, Ron Baron, welcomed Choukri’s transfer noting that the outfit will help the Moroccan athlete succeed on the international front.

The transfer has taken aback the public opinion including the association against normalization of ties between the kingdom and Israel.

Morocco like most Arab countries has no diplomatic relations with Israel but the Jewish state has been pushing for an improvement of relations between the two.