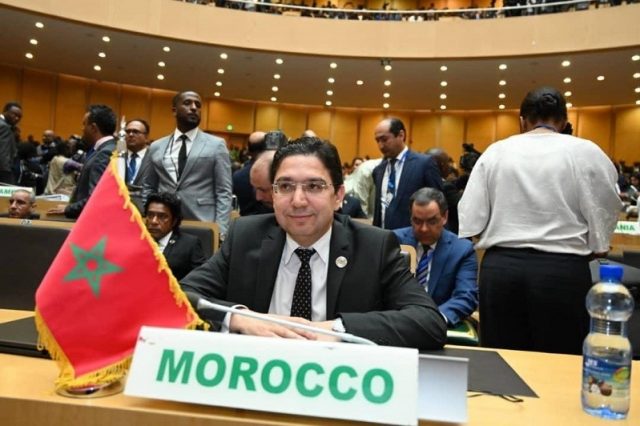 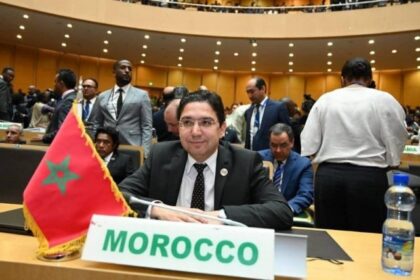 Morocco’s Foreign Minister Nasser Bourita renewed on Sunday in Addis Ababa, his country’s firm attachment to the United Nations as the exclusive framework for finding a solution to the Moroccan Sahara issue.

This regional conflict is in the hands of the UN which “remains the sole framework for finding a solution to this dispute in line with international legality”, stressed Mr. Bourita in a statement to the media after the opening ceremony of the 33rd Summit of the African Union (AU).

He recalled, in this regard, the speech made by chairperson of the AU Commission Moussa Faki Mahamat who reaffirmed the exclusivity of the United Nations as a framework in seeking a realistic, pragmatic and lasting political solution to the Moroccan Sahara issue.

In 2018, the AU summit convened in Nouakchott and adopted decision 693, which clearly states that the Sahara issue should be tackled only within the UN framework barring the road to adversaries of Morocco’s territorial integrity within the African Union who sought to create a parallel mechanism.

In this connection, King Mohammed VI said, in his 2019 State of the Nation speech, Morocco “remains resolutely and earnestly committed to the political process (for the settlement of the Sahara issue), under the exclusive aegis of the United Nations Organization”.

Morocco has always been clear in its fundamental convictions, underlined the Monarch, affirming that “the way to achieve the desired settlement can be none other than through Moroccan full sovereignty and within the framework of the autonomy initiative”, supported by the international community.