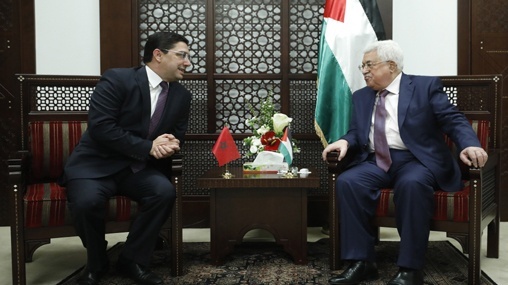 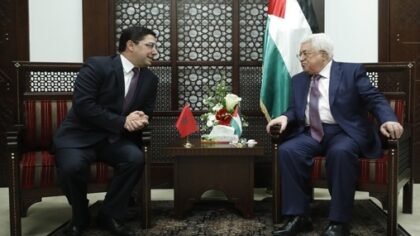 The Royal message is part of the ongoing dialogue between the two heads of State on the Palestinian question in the light of the latest developments, Bourita told MAP correspondent in Amman.

The audience, that was attended by Secretary General of the Executive Committee of the Palestine Liberation Organization (PLO), Saeb Erekat, was also an opportunity to reaffirm the Kingdom’s positions, as expressed recently, and to coordinate the steps and approaches to come, Bourita said.

In a related development, Head of the Moroccan Government Saad Eddine El Othmani said that Morocco’s position on the ‘Deal of the Century’ stems from the constant values of the Kingdom.

“The position of the Moroccan government regarding the Deal of the Century is based on the constant values of the Kingdom, King, government and people in dealing with the Palestinian issue and supporting the Palestinian people to recover their rights, notably the establishment of the Palestinian State with Al-Quds Ash-Sharif as its capital and the rejection of all attempts to Judaize Al-Quds (…),” El Otmani said Saturday in a statement to MAP.

This position was expressed by the Foreign Ministry and reaffirmed during the emergency session of the Arab League ministerial council and the extraordinary ministerial meeting of the Organization of Islamic Cooperation (OIC), El Otmani stressed.

The meetings, held after President Trump unveiled his peace plan, dubbed the Deal of the Century, have both rejected the plan and reaffirmed support to the Palestinians’ right to statehood.

El Othmani insisted that Morocco’s position is clear and unswerving and warned against any outbidding, misinterpretation and misunderstanding or any attempt to create confusion about this position.