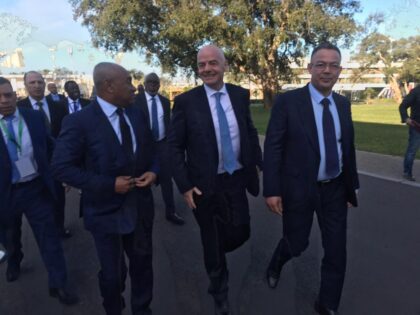 The International Football Federation announced Saturday that it would release one billion euros from its reserves to develop African football.

The announcement was made by President of the football world governing body Gianni Infantino, who was taking part in the opening of a two-day seminar on the development of football infrastructures and competitions management on the African continent, held at the Mohammed VI football complex in Rabat, the brand new Moroccan center dedicated to promoting high-level football practice.

“FIFA will donate €1 billion so that every African country can build a world-class stadium. As far as good governance is concerned, there is work to be done. We did it at FIFA and we are trying to do the same at CAF. We have just started,” he said.

“Football enthusiasts in Africa expect a lot. You have to know that you manage their feelings and you cannot disappoint them,” Infantino said.

Sunday was devoted to the meeting of the CAF executive board.

The seminar, held under the aegis of the FIFA, in coordination with the African Football Confederation (CAF), was attended by the presidents of African football federations, led by CAF president Ahmad Ahmad, technicians and coaches as well as former stars of professional football.