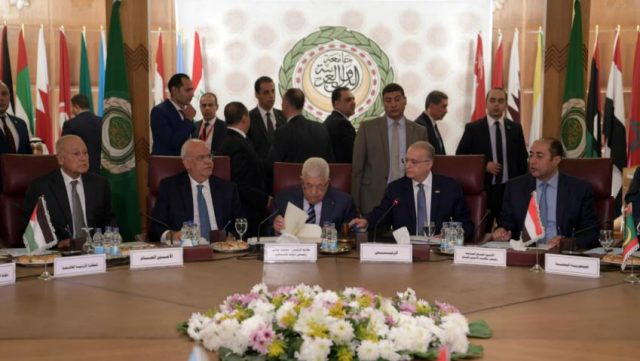 Deal of the Century: Morocco Reiterates Support for Palestinian Cause; Arab League Rejects a Unilateral Plan 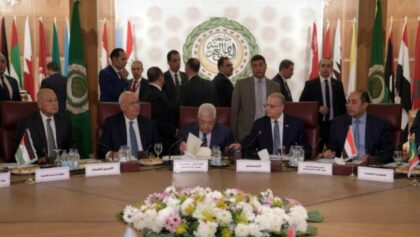 This came during the emergency meeting of the Arab League held in Cairo, on February 1, where Morocco was represented by Junior Foreign Minister Mohcine Jazouli.

Morocco supports a “just and lasting solution” that will satisfy Palestinian claims, he said, adding that “the resolution of the Palestinian issue is the key to stability in the Middle-East.”

Morocco maintains that the solution should guarantee the legitimate rights of Palestinians to achieve an independent and sovereign state with East Jerusalem as its capital, he insisted.

The solution should also allow the people of the region to “live in dignity, prosperity, and stability,” Jazouli stressed.

Jazouli who pointed out that Morocco will examine very carefully the US-brokered peace plan unveiled on January 28 as “the Deal of the Century”, and that the kingdom acknowledges US efforts to resolve the conflict, made it clear that Morocco insists that Jerusalem’s status needs to be preserved.

“The final decision must be discussed between the parties in accordance with international legality,” he said.

In a statement issued at the end of its emergency meeting, the Arab League rejected the US-brokered peace plan, stressing that this unilateral plan does not meet the fundamental rights and aspirations of the Palestinian people and is at odds with international peace standards and UN resolutions.

The Arab States also agreed “not to cooperate with the US administration to implement this plan,” which is a new setback for the peace efforts that have been going on for three decades, and insisted that the two-state solution needs to include a Palestinian state based on ante-1967 war borders, with East Jerusalem as its capital, the statement added.

They reiterated that the Arab peace initiative endorsed in 2002 remains the only acceptable solution for the Arab world.

The Arab peace initiative calls for normalizing relations between Arab states and Israel, in exchange for a full withdrawal by Israel from the occupied territories, including East Al-Quds (Jerusalem), and a “just settlement” of the Palestinian refugee problem, in accordance with Resolution 194 of the UN General Assembly.

They also called on the international community to stand against any measure taken by the Israeli occupation, adding that the new American plan is “inappropriate for achieving a just and lasting peace since it constitutes a new setback for the efforts that have been going on for three decades.”

The Council of the Arab League has also expressed its full support for the struggle of the Palestinian people and their national leaders, headed by President Mahmoud Abba

North Africa Post's news desk is composed of journalists and editors, who are constantly working to provide new and accurate stories to NAP readers.
NEWER POSTCoronavirus: Moroccans Repatriated from Wuhan
OLDER POSTFIFA to contribute to African Football Development with €1 billion