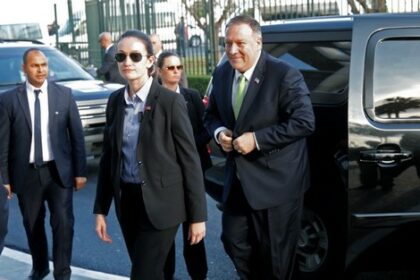 The US government has renewed its firm backing to the sustained efforts engaged by the United Nations for achieving a peaceful, lasting and mutually acceptable political solution to the Sahara regional conflict.

‎In a press release issued by the State Department following the meeting held Thursday in Rabat between Secretary of State Micheal Pompeo and his Moroccan peer, the top US diplomat voiced his interest in advancing “United Nations-led efforts to find a peaceful, sustainable, and mutually acceptable political solution” to the long-standing dispute over the Sahara.

The Secretary thanked Morocco for its efforts in the shared fight against terrorism and praised the role it plays in promoting regional stability and preventing violent extremism.

The secretary’s talks in Rabat also covered the strong and enduring US-Morocco partnership, focusing on the opportunities to strengthen further trade and investment ties between the two countries.

North Africa Post's news desk is composed of journalists and editors, who are constantly working to provide new and accurate stories to NAP readers.
NEWER POSTSpanish Bankia Group Opens Office in Casablanca
OLDER POSTLibya: GNA to complain to Moscow over presence of Russian fighters on Haftar’s side