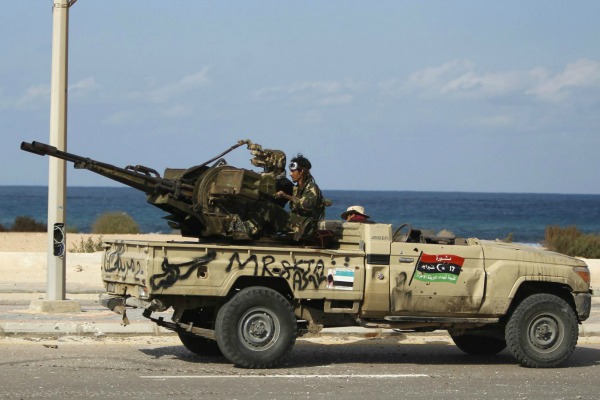 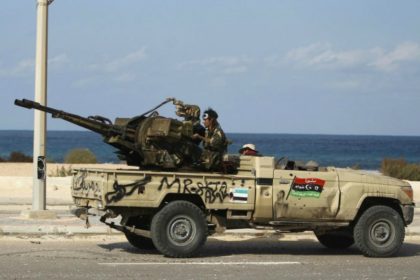 Militia fighters loyal to the Government of National Accord (GNA) announced on Tuesday they recaptured two key towns near Sirte; the nerve center of Islamic State in war-torn Libya.

The coastal towns of Ben Jawad and Nofliya have been taken back from IS fighters, according to a statement issued by Petroleum Facilities Guard, loyal to the Prime Minister-designate, Faiez Serraj.

“Our forces took control of Nofliya and are now thrusting towards Harawa, around 75 km, East of Sirte.”

After significant wins against the militants, GNA loyal forces are gearing up for final assault on Sirte; home to former Libyan ruler Muammar Gaddafi killed in 2011.

The militants entered the city in 2014 after they ousted militiamen and took control of the port and the airport. The city siting some 100 miles from European coasts is also used as a launch pad of terror attacks in the region and as a training camp for would-be terrorists.

The fight against IS has been complicated by involvement of several other militias and arm forces including the Libyan National Army led by Gen. Khalifa Haftar answering to the rival government siting in the east and Libya’s internationally recognized legislature; House of Representatives.

Fearing that the divide among groups could play in the hands of IS, UN Special envoy Martin Kobler urged the various Libyan fighting forces to unite.

“The fight against IS must be first a Libyan fight and second a united fight. I think nobody acting alone would succeed. That’s why it is very important and my constant message to all security actors, be them in the west or the east, to unite their forces,” he said during a meeting in Paris with France’s Foreign Minister Jean-Marc Aryault.

Two months since it arrived in capital Tripoli, the GNA is still finding it hard to assert its power across the country even though the international community has stood by it and agreed last month to ease the arms embargo imposed on the country since 2011 in a move to help it purchase needed weaponry to fight IS.