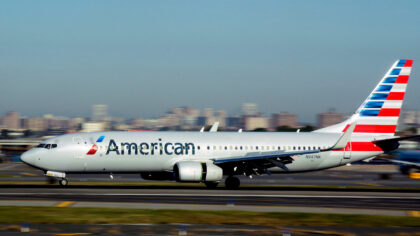 The agreement will enter into force upon approval by the US Department of Transportation. The two airlines already have an interline agreement in place. But the codeshare would allow the two to develop their relationship and offer more flexibility and opportunity for their customers.

According to analysts, American Airlines hopes through the codeshare to base itself in the competitive African hub of Casablanca as a connecting airport in order to take advantage of the Royal Air Maroc routes across the continent, notably in West Africa.

The number of cities in Africa that American offers codeshare flights to could jump to more than 50 under the proposed tie-up with Royal Air Maroc. Most would be served via a connection in Casablanca.

American Airlines is also looking at the codeshare as a precursor to RAM’s membership in the Oneworld Alliance which would give the US carrier 34 new destinations including Abidjan in Côte d’Ivoire, Bamako in Mali and Cotonou in Benin.

American Airlines has announced the launch of its flights to Casablanca and first in Africa next June.

Africa is a growth market for US airlines. United announced a return to the continent, while Delta already serves Accra (ACC) in Ghana,, Dakar (DSS) in Senegal, Johannesburg (JNB) in South Africa, and Lagos (LOS) in Nigeria — and has grown capacity annually for the past several years.