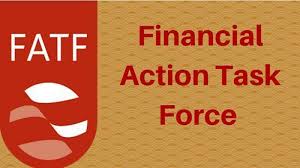 The FATF decided Friday as part of a plenary meeting (October 16-18 in Paris), to delist Tunisia and said the Tunisian government met its commitments to combat money laundering and terrorist financing, Chahed further said, according to Tunisian news agency TAP.

The move follows a report submitted by a FATF delegation at the end of a visit to Tunisia on September 16-17, the Tunisian Financial Analysis Commission (French acronym CTAF) on its part said in a press release.

The delegation noted the considerable progress made by Tunisia in addressing shortcomings in facing up to money laundering and terrorist financing, further reads the press release.

The European Parliament added Tunisia in February 2018 to the European blacklist of countries thought to be at high risk of money laundering and terrorist financing.

The list is part of the EU’s toolkit to protect itself against money laundering and terrorist financing.

A delegation made up of representatives of the Justice and Finance ministries and the Tunisian Central Bank and led by Justice Minister Karim Jamoussi represented Tunisia at the FATF plenary meeting, said TAP.

The FATF blacklist or OECD blacklist has been issued by the Financial Action Task Force since 2000 and lists countries which it judges to be non-cooperative in the global fight against money laundering and terrorist financing, calling them “Non-Cooperative Countries or Territories” (NCCTs).