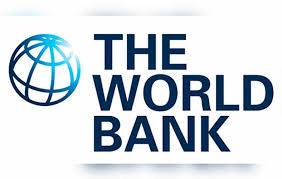 Economic growth in the region of North Africa and the Middle East is expected to drop to 0.6 pc in 2019 against a 1.2 pc growth posted last year, says the World Bank in its latest report.

The growth forecast for 2019 has been revised downwards due to intensified global economic headwinds and rising geopolitical tensions, explains the WB, noting that the current sluggish growth is due to conservative oil production outputs, weak global demand for oil, and a larger-than-expected contraction in Iran.

On the other hand, a boost in non-oil activities in the Gulf Cooperation Council (GCC) countries (Bahrain, Kuwait, Oman, Qatar, Saudi Arabia, the United Arab Emirates), most prominently in construction, partially offset the dampening effect on the region’s average growth numbers as a result of Iran’s economic contraction.

“Countries in the region have implemented bold reforms to restore macroeconomic stability, but the projected growth rate is a fraction of what is needed to create enough jobs for the fast-growing, working-age population,” said Ferid Belhaj, World Bank Vice President for the Middle East and North Africa region. “It is time for courageous and far-sighted leadership to deepen the reforms, to bring down the barriers to competition and to unlock the enormous potential of the region’s 400 million people as a source of collective demand that could drive growth and jobs.

In the medium-term, the World Bank expects real GDP in the MENA region to grow at 2.6 pc in 2020 and 2.9 pc in 2021. The projected pickup in growth is largely driven by increasing infrastructure investment in GCC countries and the recovery in Iran’s economy as the effects of current sanctions wane.

However, the report warns that a further escalation in regional tensions could severely weaken Iran’s economy and spill over to other countries in the region.

While rising oil prices would benefit many regional oil exporters in the short run, the overall impact would be to hurt regional trade, investment, and spending on infrastructure, affirm the WB experts.

They also tackled the issue of unfair competition in the MENA region saying that “countries in the region have an opportunity to transform their economies by leveling the economic playing field, and creating business environments that encourage risk-taking and reward innovation and higher productivity”.

North Africa Post's news desk is composed of journalists and editors, who are constantly working to provide new and accurate stories to NAP readers.
NEWER POSTMorocco Foils Smuggling of about 6 Tons of Cannabis at Guergarate; 2.2 tons at Tanger-Med
OLDER POSTAfDB to Set Up Climate Change Funds & Green Banks in Africa