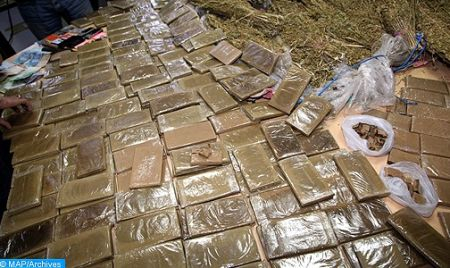 Morocco Foils Smuggling of about 6 Tons of Cannabis at Guergarate; 2.2 tons at Tanger-Med 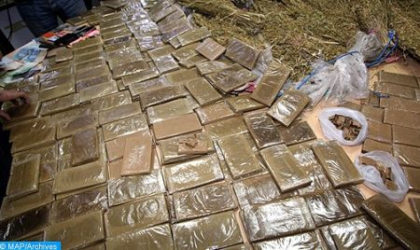 Moroccan authorities foiled on Monday another major drug smuggling operation at the Southern Guerguarate crossing point on the borders with Mauritania.

A joint border control operation carried out by Moroccan Police and Customs Services has enabled to seize nearly six tons of cannabis in a transport truck heading to an African country. The illegal substance was concealed in a cargo of vegetables destined for export.

The truck driver and two of his assistants were arrested and an investigation was opened to identify all those involved in this huge drug smuggling attempt.

The same day, policemen and customs services seized at the Northern port of Tanger-Med 2.2 tons of cannabis resin that was concealed in an international transport truck.

The driver of the vehicle which was heading to Spain was arrested, National Police said in a statement.

The disruption of these smuggling operations shows the constant mobilization of the Moroccan security and military forces to combat national, regional and international drug trafficking networks.

North Africa Post's news desk is composed of journalists and editors, who are constantly working to provide new and accurate stories to NAP readers.
NEWER POSTPolice in Guinea crack down on anti-Conde protests
OLDER POSTWorld Bank: Geopolitical Tensions Affect Growth in MENA in 2019