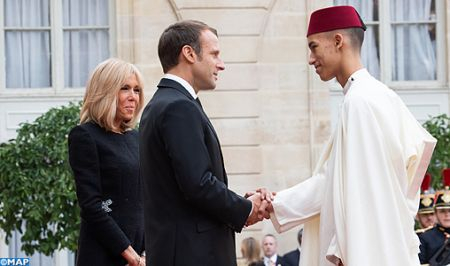 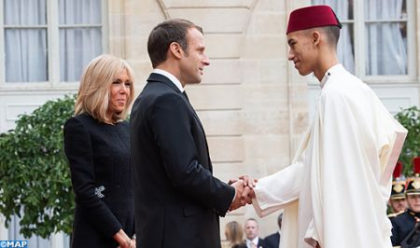 Morocco’s Crown Prince Moulay El Hassan represented, on Monday in Paris, King Mohammed VI at the official funeral service of former President Jacques Chirac, who passed away last Thursday at the age of 86.

The Crown Prince joined at the Saint-Sulpice Church more than 30 world leaders and hundreds of mourners who came to pay their final respects to the former French Head of State.

Several African heads of State were also present at the ceremony, including Faure Essozimna Gnassingbé of Togo; Teodoro Obiang Nguema Mbasogo of Equatorial Guinea; Ismaïl Omar Guelleh of Djibouti; Azali Assoumani of the Comores; and Denis Sassou-Nguesso of Congo.

Crown Prince Moulay El Hassan later in the day took part at the Elysée Palace at a luncheon hosted by President Emmanuel Macron, in honor of the Heads of State and Government present at the funeral of President Jacques Chirac.

The Crown Prince, who was accompanied by Foreign Minister, Nasser Bourita, was welcomed upon arrival at the Elysée by President Macron and his spouse Brigitte.

The death of Chirac, who was president of France from 1995 to 2007, prompted a flood of tributes to a man whose political career spanned more than four decades.

In his condolence cable sent to President Emmanuel Macron, King Mohammed VI described Jacques Chirac as a great friend who actively contributed to the strengthening of the relations of friendship between Morocco and France, and an architect of the unique partnership binding the two countries.

The Monarch also expressed his sorrow over the death of Jacques Chirac in a message to his spouse Bernadette Chirac, wherein he underlined the late president’s attachment to Morocco and his tirelessly efforts to deepen “the excellent relations that unite our two countries.”

“France has lost a prominent statesman who had marked history by his decisive action and courageous positions in favor of peace,” said the Moroccan Sovereign.