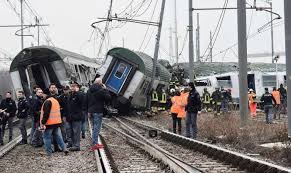 King Mohammed VI of Morocco expressed condolences and compassion to the President of the Democratic Republic of the Congo (DRC) Felix Tshisekedi following the tragic derail of a train that left at last 50 people dead.

The Monarch said he was saddened to learn about the accident and extended condolences to the President, families and the whole Congolese people, while praying for a swift recovery for the injured.

The accident happened in the town of Mayibaridi in the southeastern province of Tanganyika, according to DRC authorities.

The derailment also injured 23 people, and the death toll could climb as many people were trapped underneath the train.

The cause of the derailment is not yet known, but they often happen because of the cost of maintaining railways and trains.