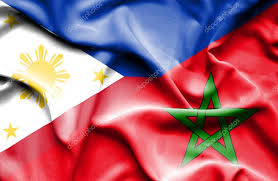 The Philippines and Morocco have agreed on an air services pact that will enable direct flights between the two countries, the Philippines’ Department of Transportation announced.

“Pending the ratification of the air services agreement, the parties signed a memorandum of understanding granting full third and fourth freedom traffic rights for both passenger and cargo, and setting out other operational details for their respective designated carriers,” the transportation department said.

The air service agreement would pave the way for the respective carriers of both countries to operate daily flights to and from each other’s territory.

The move would increase tourism and people-to-people exchanges between the two countries, as well as boost their economic and social relations, the department said.

Part of moves to upgrade bilateral relations, the Filipino Foreign Affairs Ministry announced lately that the Philippines will establish an embassy in Morocco next year.

The new pact with the Philippines is part of Morocco’s strategy to connect North Africa with other continents. In this connection, Morocco’s flag carrier Royal Air Maroc confirmed Wednesday that it will start operating a direct flight between Casablanca and Beijing as of January 16.