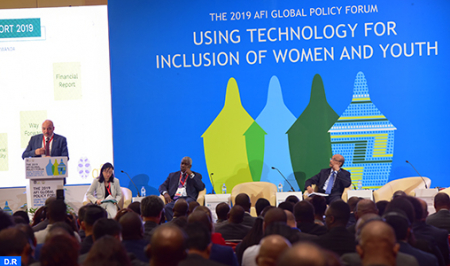 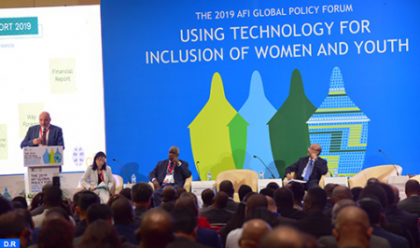 The 2019 Global Policy Forum (GFP) kicked off Wednesday in Kigali, with the participation of 800 global policymakers, regulatory institutions and development partners from 94 countries, including Morocco.

The event is hosted by the National Bank of Rwanda (BNR) and the Alliance for Financial Inclusion (AFI).

Although AFI members have pledged to cut the gender gap in half by 2021 within their respective jurisdictions, since the adoption of the Denarau Action Plan (DAP) at the 2016 GPF, statistics show that more than half of the 1.9 billion unbanked population globally are women.

The 2019 GPF is an occasion to take stock of the progress made and set out steps ahead to reach the goal of halving the financial inclusion gender gap, the forum organizers say.

Speaking at a press conference on the eve of the GPF’s official opening, AFI Executive Director Dr. Alfred Hannig said the forum would adopt the Kigali Statement that would focus on accelerating financial inclusion for the disadvantaged groups, including women, youth, older people, forcibly displaced persons and disabled people.

“With the Kigali Statement, the AFI network is ensuring that by implementing sustainable financial inclusion policies, no one is left behind,” Dr. Hannig said, adding that the Statement is expected to be adopted by across the AFI network – comprising 100 members from nearly 90 developing and emerging countries.

At every annual GPF meeting since the 2011 endorsement of the Maya Declaration, members have made a series of milestone commitments targeting different aspects of financial inclusion, such as gender, financial technology and climate change.

Dr. Hannig said that since AFI was established 11 years ago, the results reached have been dramatic around the world.

Morocco is represented at the forum by a large delegation from Bank Al-Maghrib (Morocco’s central bank).