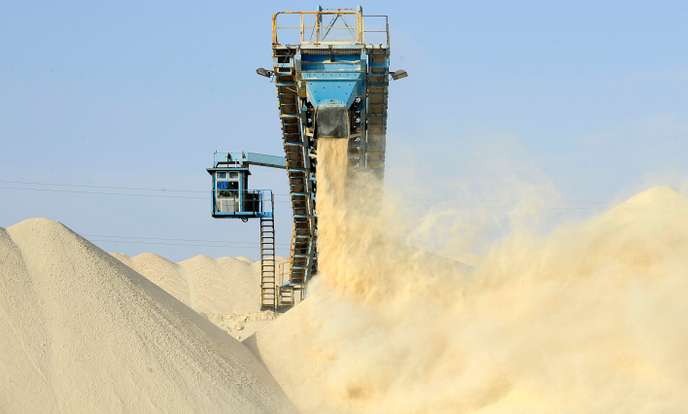 A picture taken on May 13, 2013 shows untreated phosphate being dropped off on a montain at the end of a conveyor belt at the Marca factory of the National Moroccan phosphates company (OCP/public), near Laayoune, the capial of Moroccan-controlled Western Sahara. As a global leader in the market for phosphate and its derivatives, OCP has been a key player in the international market since its founding in 1920, the worlds largest exporter of phosphate rock and phosphoric acid and one of the worlds largest fertilizer producers. AFP PHOTOS/FADEL SENNA / AFP / FADEL SENNA