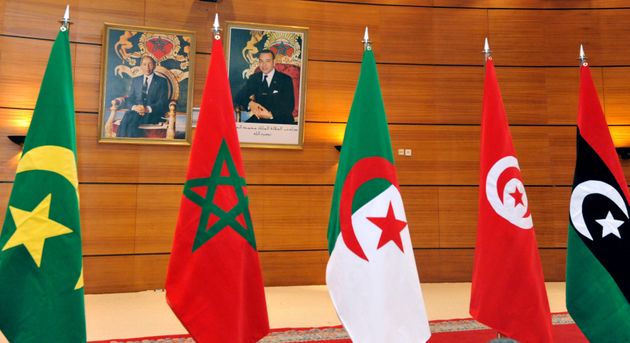 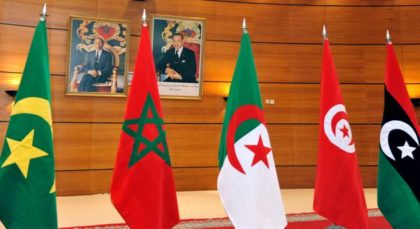 Since taking the reign in Morocco, King Mohammed VI, who visited Algeria, has adopted an outstretched hand policy towards Algeria with the aim of building a strong regional union in the Maghreb at a world where regional grouping and integration are more important than ever.

In past speeches, reinvigorating the Maghreb Union made up of Algeria, Libya, Mauritania, Morocco and Tunisia, has featured prominently in the Monarch’s concerns as he often deplored that the non-existence of the Maghreb Union has made collective efforts to tackle migration and other regional challenges ineffective.

“I wish to reaffirm our sincere commitment to the policy of the outstretched hand towards our Algerian brothers, out of loyalty to the bonds rooted in brotherhood, religion, language and good-neighborliness that have always existed between the peoples of the two sister nations,” said the King in a speech marking 20 years of his reign and reaffirming a steady policy of neighborliness.

King Mohammed VI who has stressed repeatedly the need for reinvigorating the Maghreb Union since his enthronement has expressed clearly Morocco’s willingness to transcend differences by opening a frank dialogue with Algeria.

Algeria’s support for separatism in Morocco’s Sahara has poisoned relations between the two Maghreb heavyweights.

Algeria has refused to open land borders, closed since 1994, despite multiple Moroccan calls to reopen them as a prelude to fostering cooperation and exchange in one of the least economically integrated regions in the world.

Recalling the shared history, common destiny and the bonds of religion, language and kinship between Moroccans and Algerians, the King deplored however the division and lack of unity in the Maghreb as an unreasonable situation.

“This reality is at odds with the ambition that induced the generation who fought for freedom and independence to seek to achieve the unity of the Maghreb, as symbolized, at the time, by the Tangier Conference, which was held in 1958 and whose sixtieth anniversary we are commemorating this year,” said the King in a speech on the occasion of the Green March anniversary in 2018.

In a brotherly move that could pump new blood in the idle Maghreb union project, the King stressed that “Morocco stands ready for a direct and frank dialogue with our sister nation, Algeria, in order to settle the transient and objective differences impeding the development of relations between the two countries”.

The King went on to draw a road map for strengthening ties with Algeria by suggesting the setting up of a joint political mechanism for dialogue and consultation whose format will be subject to a mutual agreement.

The proposal is a clear expression of Morocco’s willingness to break the stalemate in relations with neighboring Algeria.

Such a mechanism will help the two countries enhance bilateral coordination and consultation with a view to meeting the ambitions of their respective citizens and rising to regional and international challenges, “Particularly in terms of fighting terrorism and addressing the issue of migration,” the King made it clear.

So far, no positive response was heard in Algeria which is grappling with a tide of pro-democracy protests.

“If the Arab Maghreb Union had really existed, we would have been stronger in the face of such a challenge,” said the King in a message to the 5th African Union-European Union Summit in Abidjan, in November 2017.

In another landmark speech marking Morocco’s return to the African Union in January 2017, King Mohammed VI stressed Morocco’s attachment to building a strong Maghreb Union saying that the Kingdom “has always considered that its strength comes primarily from the integration of the Maghreb sub-region.”

The King then called for following the example of neighboring African sub-regions in order for the Maghreb Union “to live up to the ambitions of the Marrakesh Treaty, which gave birth to it 28 years ago.”

Economists estimate that Maghreb countries lose 2 percentage points of their GDP growth due to lack of integration.