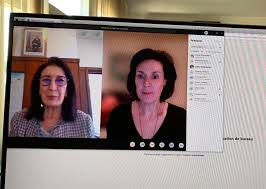 Morocco has granted to the oil company Conocophillips-Morocco Ventures Ltd, a subsidiary of American energy corporation, a two-year permit to carry out onshore exploration works and studies in “Mesorif” area located in the north of the country.

During the two-year hydrocarbons exploration agreement, the experts of the American company will carry out geological and geophysical studies, with the acquisition of 2D seismic data during the second year.

The license is the first by Conocophillips Corporation since the merger of Conoco and Phillips Petroleum late 2001. Each one of these companies undertook exploration works in Morocco in the 1970’s and 2000.

Headquartered in Houston, Texas, ConocoPhillips is one of the world’s largest oil exploration and production companies. It has operations and activities in 17 countries, $65 billion of total assets, and approximately 10,400 employees as of March 31, 2020.

Morocco offers an attractive operating and investment framework to oil and gas companies. By 2030, the North African kingdom, which ranks fifth in the world in oil shale reserves, is expected to invest $40 billion in the energy sector mainly in oil and gas as several foreign exploration and production companies operate in the country.