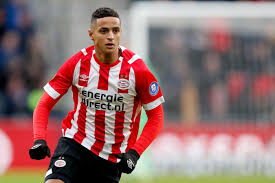 Morocco’s new manager Vahid Halilhodzic has included the PSV Eindhoven midfielder in the national squad for the September friendlies with Burkina Faso and Niger but it is uncertain the player will join the Moroccan side.

Ronald Koeman has told Dutch sport show Studio Voetbal that it is impossible for the Netherland-born teenager to play for Morocco in September as he must submit an application to change nationality adding that the time is very limited for such a move.

Ihattaren touted as a future star, is playing for the Dutch national team in the U17. The dual citizen has been recently called to play for U21.

Koeman also indicated that the Dutch federation has rolled out plans for Ihattaren and his family. However, it is up to the sought-after player to make a choice, he said.

North Africa Post's news desk is composed of journalists and editors, who are constantly working to provide new and accurate stories to NAP readers.
NEWER POSTMore fires now burning in Central Africa than in the Amazon—NASA
OLDER POSTMaroc Telecom to invest 10 billion dirhams to develop telecommunications