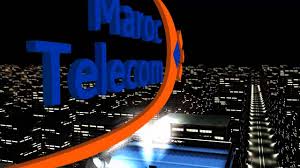 Maroc Telecom announced Monday it will invest 10 billion dirhams over the coming three years to promote telecommunications in Morocco.

“As part of its proactive investment policy, Maroc Telecom has signed the sixth investment agreement with the Government for the development of telecommunications in the Kingdom,” said the leading telecom operator in a statement.

“Under this agreement, Maroc Telecom commits to achieve a MAD 10 billion investment program over the next three years (2019 – 2021),” the statement said.

This investment program aims to develop and strengthen the telecommunications infrastructure, provide very high-speed and high-speed fixed and mobile broadband and to create new jobs in Morocco.

Under the previous five agreements with the government, Maroc Telecom has invested more than MAD 58 billion. The sixth agreement will bring the total volume of its investments to more than MAD 68 billion, the operator said.

Maroc Telecom, which confirms its position as a leading investor at the national level, strives to develop its telecommunications networks in order to respond to the growing traffic through introducing very high speed broadband new technologies.