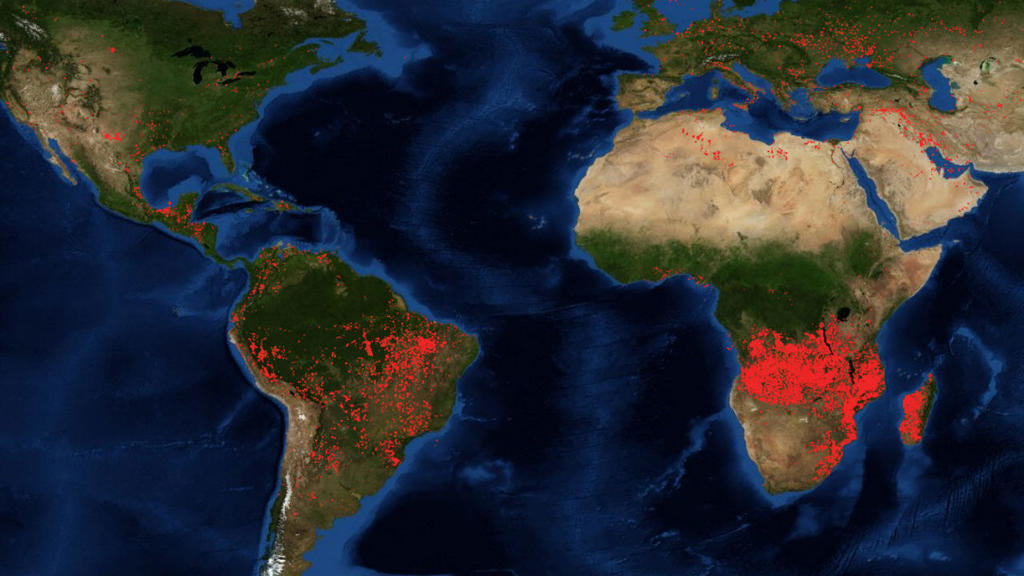 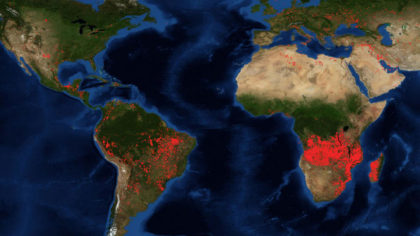 Blazes burning in the Amazon over the last weeks have prompted a global outcry. However, according to satellite data released by NASA about fires around the world, the central Africa region is the most affected region.

Over a period of two days last week, Angola had roughly three times more fires than Brazil, according to data obtained by Bloomberg news agency from Weather Source.

Weather Source has recorded 6,902 fires in Angola over the past 48 hours, compared to 3,395 in the Democratic Republic of Congo and 2,127 in Brazil.

Over the last 48 hours, Zambia took the fourth place on the list, while Brazil’s neighbor in the Amazon, Bolivia, ranked sixth.

On Monday, French President Emmanuel Macron announced that the leaders of the G7 – Canada, France, Germany, Italy, Japan, the UK and the US – would release $22m to help fight fires in the Amazon rainforest. But Brazil turned down the assistance.

About 80,000 forest fires have broken out in Brazil since the beginning of the year — just over half of them in the massive Amazon basin that regulates part of Earth’s carbon cycle and climate.

The largest rainforest in the world, the Amazon is actually a vital carbon store that slows down the pace of global warming. It is known as the “lungs of the world” and is home to about three million species of plants and animals, and one million indigenous people.