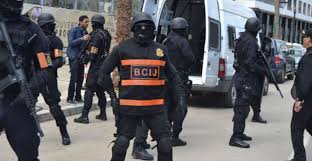 The Central Bureau of Judicial Investigations (BCIJ) dismantled, on Saturday, a terrorist cell linked to ISIS, composed of five extremists, aged between 24 and 36.

One of the cell members had fought in the ranks of terrorist groups in Syria and had been convicted in Morocco for terrorism.

Elements of the terrorist cell were in contact with ISIS supporters to coordinate plans of attacks against sensitive sites in Morocco, the BCIJ said in a statement.

The suspects will be brought to justice at the end of the investigation conducted under the supervision of the competent prosecutor, the BCIJ statement said.

The anticipatory approach of the BCIJ, an offshoot of the Directorate General of National Security (DGSN), allowed the neutralization the same week of other extremists with links to foreign terrorist groups.

Early investigations showed that the extremists had plans to manufacture homemade bombs to commit terrorist attacks inside the country, including against the seat of parliament in Rabat, nightclubs, the headquarters of the Auxiliary Forces in Salé and El Jadida, and other police premises. They were also planning attacks on law enforcement agents to steal their weapons, which they would use to target foreign and domestic tourists and security forces brigades.

The Salé prison was also one of their targets as they wanted to free the Islamist inmates convicted in terrorism cases.