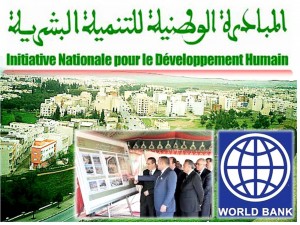 Morocco’s GDP per capita more than doubles in twenty years

Morocco’s gross domestic product per capita more than doubled in the last two decades of the reign of King Mohammed VI who made of fighting poverty a priority.

The GDP per capita grew from 1460 dollars twenty years ago to about 3090 dollars currently, according to World Bank figures.

Poverty rate dropped to 4% of the population despite Morocco lacking oil resources like most MENA region countries.

Key to Morocco’s anti-poverty efforts is the national initiative for human development (INDH) to which 46 billion dirhams have been allocated up to 2023.

The INDH was launched in 2005 by King Mohammed VI to combat poverty, and social exclusion through the building of community centers, social facilities, training and capacity building, promotion of jobs creation and income-generating activities.

The 3rd phase of the plan, to be carried out over a four-year period (2019-2023), will cost $1.9 billion. It seeks to support programs providing basic social services and related infrastructures to needy people to help them improve their incomes and facilitate the economic integration of youth.

Since the initiative’s launch, some 46 billion dirhams have been injected in the realization of a total of 58,000 projects that benefited 10.5 million people.

Yet King Mohammed VI stressed in a speech in August 2018 that much remains to be done saying: “despite the efforts made, the major economic projects launched, and the social programs being implemented, the results achieved do not measure up to my ambitions in this regard”.

In this respect, the King urged the government and the private sector to join efforts to give a strong impetus to the re-training of students who drop out of school before earning a diploma so that they may be given a second chance at professional and social integration.