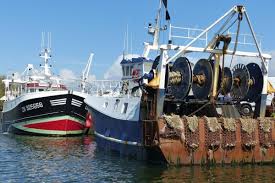 The Italian government Wednesday said it secured the release of an Italian fishing vessel seized by UN-backed Government of National Accord (GNA) after it broke into Libya’s territorial waters.

The boat, “Tramontana”, was seized Tuesday while fishing in the Gulf of Sirte, in Libyan territorial waters, according to the Italian government.

The vessel and its crew have been allowed to leave after contacts between the Italian Prime Minister’s office and the GNA.

The GNA forces control the city of Sirte but in view of the lawlessness in the oil-rich country, foreign boats violate Libya’s territorial integrity whether on the sea or on the ground.