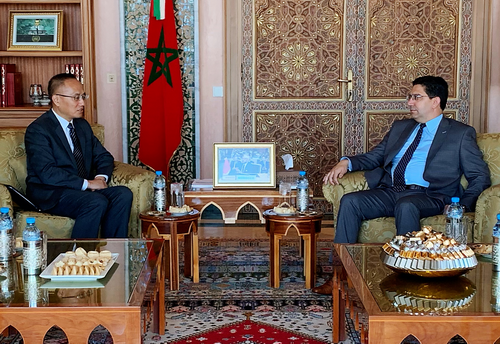 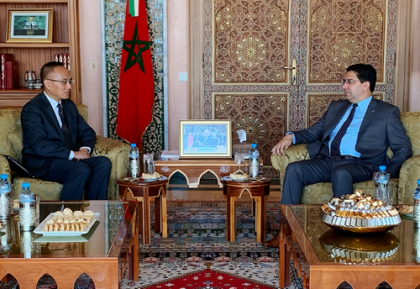 Relations between Rabat and Beijing have gained momentum following the visit paid by King Mohammed VI to China in 2016, said on Tuesday in Rabat Chinese Assistant Foreign Minister, Chen Xiaodong.

The strategic partnership set between the two countries during the royal visit has given a strong impetus to bilateral relations, which embarked on a fast lane, he told reporters after meeting in Rabat Morocco’s Foreign Minister Nasser Bourita.

Morocco, a leading country in the MENA region, defends multilateralism and free trade, said the Chinese official, underlining the convergence of positions of the two countries on this issue.

Rabat and Beijing are against trade protectionism, added Mr. Xiaodong, saying that his talks with Bourita as well as with the Minister Delegate in Charge of African Cooperation Mohcine Jazouli focused on bilateral relations, latest developments on the regional and international scenes as well as several other issues of common interest.

North Africa Post's news desk is composed of journalists and editors, who are constantly working to provide new and accurate stories to NAP readers.
NEWER POSTLe Monde: Morocco’s King, One of “Rare Heads of State with a Humanist Approach” on Migration
OLDER POSTZimbabwe needs $14 million for monthly electricity imports