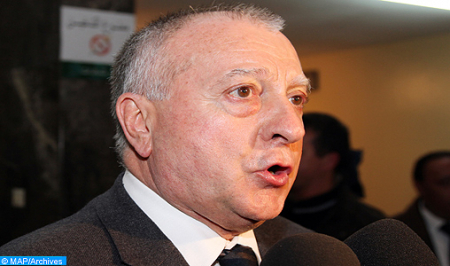 The recent resolution of the European Parliament is part of the attacks on Morocco by those who are disturbed by the development, prosperity and strong regional and international presence of the Kingdom, said Charles Saint-Prot, director general of the Paris-based Observatory of Geopolitical Studies (OEG), created in 2004.

“It is all the same mind-boggling to see the leftists and their accomplices regularly attack one of the few states in the region that is progressing and moving forward,” he said in a statement to MAP news agency.

Many wonder what is the purpose of the European parliamentary assembly, said the director general of the research center on international relations, deeming that the recent resolution against Morocco “gives the beginning of an answer”, because “it serves only to setting scores,” since the resolution against the Kingdom is not binding and therefore has no legal value.

Saint-Prot recalls, in this sense, the reaction of the two Houses of the Moroccan parliament that have clarified things, during a joint parliamentary session held Monday.

The OEG director general also criticized the policy of double standards and “favoritism” towards Algiers.