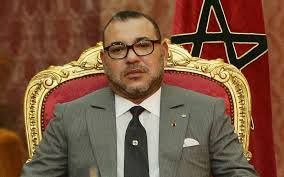 Le Monde: Morocco’s King, One of “Rare Heads of State with a Humanist Approach” on Migration

King Mohammed VI is one of the “rare Heads of State with a humanist approach” on migration issue, writes French daily Le monde in a story on the tragedy of migrants, including the dozens killed in the airstrike that has hit lately a migrant detention centre near the Libyan capital.

In an Op-ed titled: “Migrants: African leaders do not become Europe’s post-colonial guards”, the author underlines the heavy responsibility of European countries in the migration issue, saying that Africans gave up, except “a few rare Heads of State, including King Mohammed VI, who insists on the necessity of addressing the migration question as an African issue with a humanist approach”.

For the newspaper, European countries failed to put in place a coherent policy in dealing with African migrants who risk their lives in a bid to reach Europe by venturing the dangerous Mediterranean crossing, while some countries such as Algeria, Tunisia or Libya have become “migration hubs completely dispirited in front of the European border policies.”

Faced with the externalization of migration controls outside Europe’s borders, Le Monde highlights the role of Morocco’s King, one of the rare Heads of State having a “humanist approach”, who deploys all necessary means, including close cooperation with European countries, in a bid to find solutions to the migration challenge.