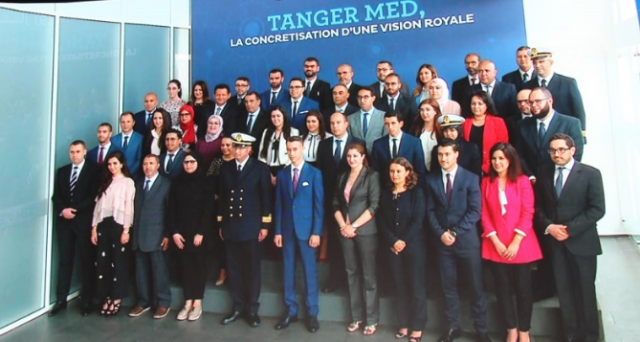 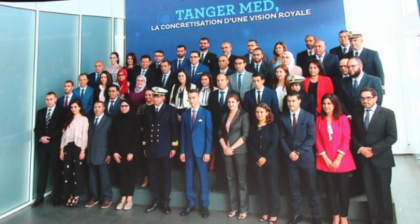 Morocco opened two new terminals at Tanger Med port which puts it in the top 20 largest container ports in the world and first in the Mediterranean with a handling capacity of 9 million containers.

The port was opened at an official ceremony Friday chaired by Crown Prince Moulay Hassan who represented the King Mohammed VI.

The two new container terminals, with an additional capacity of 6 million TEU containers, will further strengthen the position of the Tangier Med Port Complex as a reference hub, in Africa and in the world in matters of international trade.

It consolidates the anchoring of Morocco in the Euro-Mediterranean area and in its Maghreb and Arab environment, enhancing its vocation as a pole of exchange between Europe and Africa, the Mediterranean and the Atlantic, and at the same time, strengthen its central role as an active partner in international trade.

The port which started receiving container ships in 2007 is already the first in Africa after it surpassed its capacity with 3.5 million containers in 2018.

With the new terminals, the port is expected to surpass the Mediterranean’s largest ports of Algeciras and Valencia in terms of container capacity.

In just a decade, the northern city of Tangier has positioned itself as the gate of both Europe and Africa thanks to the Tanger Med Port, which was deemed a key industrial zone thanks to Morocco’s geographical position.

The Mediterranean flagship project connects Morocco to 77 countries and 186 ports globally while serving as a main hub for maritime traffic to West Africa.

Thanks to this port whose idea was put forward by King Mohammed VI, Morocco jumped from the 83rd to the 17th position in the UNCTAD international sea traffic ranking, said head of the Tangier Mediterranean Special Agency Fouad Brini.

The port attracted “912 companies in the fields of industry, logistics and services enabling the creation of more than 75,000 jobs, he said.

Tanger Med is also the main entry point for the Moroccans living abroad as the country expects the entrance of some 3 million Moroccans this summer.

The new Tanger Med 2 two terminals will be operated by Marsa Morocco and APM TERMINALS.

The port intends to build on its geographic location at a busy maritime route as well as on the infrastructure built in Tangier in the last two decades under the leadership of King Mohammed VI.

Tanger Med 1, operational since 2007, has served as a catalyst for investments in the region as it is surrounded by five free zones.