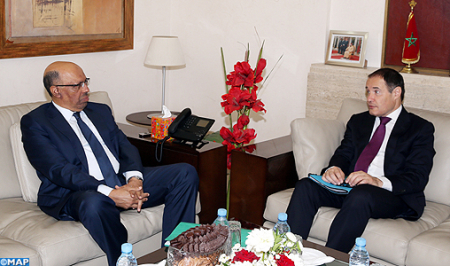 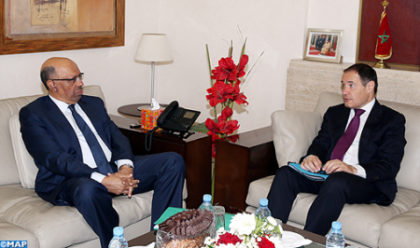 Executive Director of the European Border and Coast Guard Agency (Frontex), Fabrice Leggeri, has commended the efforts made by Morocco to ensure stability at borders and struggle against illegal migration.

Morocco, “an important and strategic partner for the European Union” is making “considerable efforts” to ensure stability at the borders and fight irregular migration, Frontex Executive Director Fabrice Leggeri said Tuesday in Rabat.

The head of the European agency made the statement to the media following talks with Minister delegate for the Interior Noureddine Boutayeb, and Director of migration and border surveillance at the Interior ministry, Khalid Zerouali.

He commended “the considerable efforts” made on a daily basis by Morocco and its various operational services to ensure stability at the borders.

Fabrice Leggeri, who highlighted as “very important” the regional role played by Morocco in this area, noted that hosting the African Observatory for Migration and Development is “tangible proof” of the very important responsibilities the Kingdom shoulders at the regional level.

Leggeri who noted that his agency was aware of the “very high financial cost” of these efforts said he had discussed with his Moroccan interlocutors the means of developing, “in a very practical way”, cooperation for the mutual benefit of Morocco and the EU.

During these talks, Leggeri shed light on the European Integrated Border Management, which deals, in addition to migration issues, with security issues and in particular with the fight against all forms of crime.

Established in 2004, FRONTEX helps EU countries and Schengen associated countries manage their external borders. It also helps to harmonize border controls across the EU. The agency facilitates cooperation between border authorities in each EU country, providing technical support and expertise.