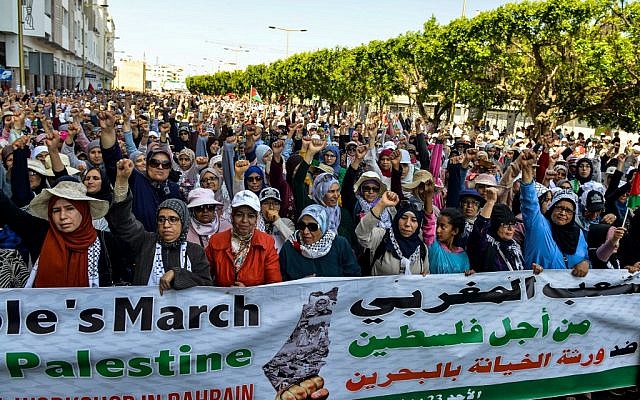 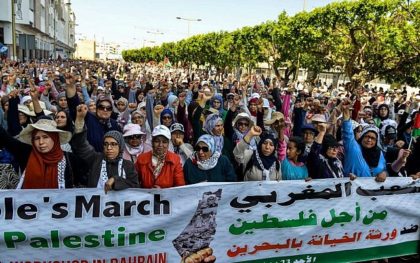 Thousands of supporters of the Palestinian cause took to the street of Rabat Sunday to criticize the Tuesday-Wednesday US-endorsed economic workshop in Manama, Bahrain, which will discuss the economic component of the US Middle East plan dubbed “deal of the century”.

The protest march, called for by several Moroccan political parties and NGOs, denounced the two-day conference in the Gulf country.

The workshop in Manama will unveil the economic aspect of Trump’s “deal of the century”.

Revealing some details on the conference, the Trump administration Saturday said the peace plan targets raising more than $50 billion in investment and creating more than a million jobs for the Palestinians over 10 years.

The Moroccan demonstrators also denounced what they called “Arab traitor regimes” in reference to the Arab countries that will attend the Manama conference, including Saudi Arabia, United Arab Emirates, and Bahrain.

The US administration early this month said Morocco, Egypt and Jordan also announced their participation.

Rabat however did not confirm it participation in the workshop. Rather, Head of the Government Saad Eddine Othmani this month denied the North African country’s alleged presence in the Manama gathering.